The other day Kim and I where listening to NPR when they did their daily summer songs on All Songs Considered and one of their picks was Hank William's Jambalaya (On the Bayou). I used to have a tape of Hank Williams songs and this one always stuck out as the best one on the tape. I was quite glad to hear the old tune again. When I got home I found where I could listen to the song online on Jango.com. With Hank's heavy souther accent it was hard to pick out some of the lyrics so I looked them up on Google. In the chorus he mentions "Crawfish Pie" I thought that sounded like a pretty funny idea for a dish so I found a recipe online at http://recipes.epicurean.com/recipe/15228/emeril-lagasse's-crawfish-pie.html. So yesterday I made a trip to Publix and picked up the ingredients I needed. Tonight after dinner I began the process of making my very own crawfish pie.

The process began with the crust. I mixed flour and vegetable shortening with a little water, wrapped it in plastic and then sat it in the fridge. 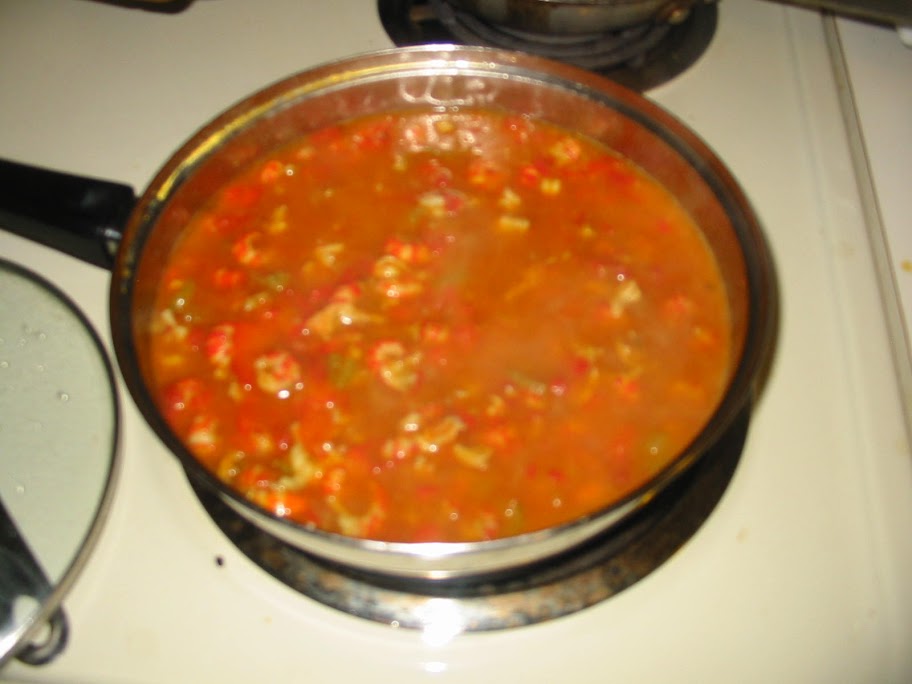 Next I cut up the bell peppers. I had purchased two, but the first one was a cup, and the recipe only called for half a cup. I sliced the celery and put it in the pan of butter and cooked that. Then I through in some diced tomatoes and began the process of removing the meat from the crawdads. This process was very labor intensive. I had purchased 2.5 lbs of whole crawdads. First I removed the tail, trying to preserve as much meat as possible. Then I removed the meat from the tails. It probably took me in excess of thirty minutes to complete. By this time I had turned off the stove so the vegetables didn't burn. Once the crawdads where added I added a little water/flour mix and let it thicken. Athena came in and helped me with stirring the mix as it cooked.

Finally it was time to roll out the dough and bake it all together. The dough turned out to be very frustrating. My past attempts at making dough in the past have not been very successful. As I rolled it out on the cutting board it kept flaking and breaking on me. I added a small amount of water to give it some more elasticity but it was still pretty flaky. I managed to roll it out and get most of it in the baking pan. The rest I had to attach it in the baking pan by kneading it back together in the pan. 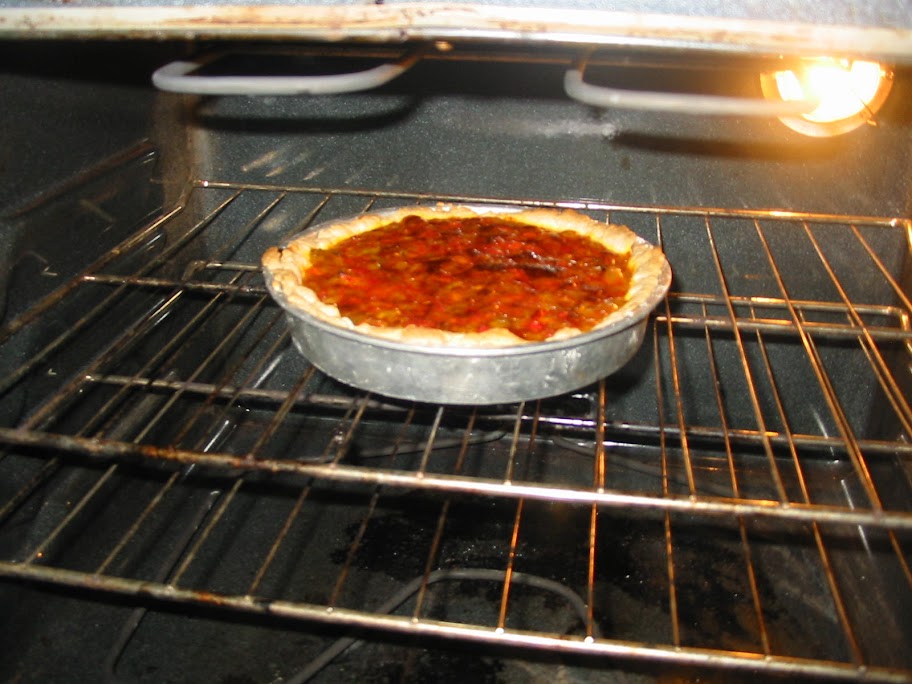 Finally I poured the crawfish and vegetable mix in and baked it for forty-five minutes. For some reason I was worried it was going to burn, and I kept checking on it, but forty-five minutes later it was just right. By this time it was about ten o'clock, so I wrapped it up and put it in the fridge. Tomorrow night we will all have a nice crawfish pie for snack.

Posted by maxolasersquad at 10:01 PM